Saba is a Caribbean island located east of Puerto Rico, close to St Maarten. Being the smallest island in the Dutch Caribbean, the island consists mainly of the volcano ‘Mount Scenery’. Saba is known for its spectacular scuba diving opportunities, fairytale like cottages and hiking in its beautiful tropical forests.

After the dissolution of the Netherlands Antilles on 10 October 2010, Saba became a public body (comparable to a Dutch municipality) within the country The Netherlands. This is also the case for the islands of Bonaire and St Eustatius. The three public bodies within The Netherlands are referred to as the BES Islands. The citizens of all the constituent countries within the Kingdom share one nationality, which is Dutch.

The Netherlands, which Saba is a part of, is a civil law country, meaning that its laws are written (codified) into a referable system, which forms the primary source of law. The main source of private law is the Civil Code BES, which comprehensively deals with matters related to business, contracts and liability. The Civil Code BES is still to a great extend modeled after the Civil Code that was applicable in the Netherlands Antilles before it was dissolved.

Tourism plays an important role in Saba’s economy. The island is furthermore home to the Saba University School of Medicine, which has about 400 medical students. Having only about 1900 inhabitants, the University has a positive impact on the islands economy. 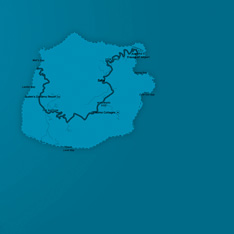