St Eustatius is a Caribbean island located east of Puerto Rico, close to St Maarten. St Eustatius was once a vibrant trading spot between the new and the old world. St Eustatius is home to the ‘First Salute’ of 16 November 1776, firing cannons from Fort Oranje, saluting the visiting American vessel ‘Andrew Doria’. This is considered the first acknowledgment of the independence of the United States of America by a foreign entity.

After the dissolution of the Netherlands Antilles on 10 October 2010, St Eustatius became a public body (comparable to a Dutch municipality) within the country The Netherlands. This is also the case for the islands of Bonaire and Saba. The three public bodies within The Netherlands are referred to as the BES Islands. The citizens of all the constituent countries within the Kingdom share one nationality, which is Dutch.

The Netherlands, which St Eustatius is a part of, is a civil law country, meaning that its laws are written (codified) into a referable system, which forms the primary source of law. The main source of private law is the Civil Code BES, which comprehensively deals with matters related to business, contracts and liability. The Civil Code BES is still to a great extend modeled after the Civil Code that was applicable in the Netherlands Antilles before it was dissolved.

St Eustatius has a small population of about 4000 inhabitants, most of which are either employed by the local Government or by the oil transshipment terminal owned by ‘Nustar’. Tourism also plays a significant role in the islands economy. 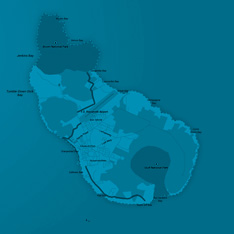