St Maarten is a Caribbean island located east of Puerto Rico. The island is divided into a so called French side to the north, being the Collectivity of Saint Martin (an administrative division of France) and a so called Dutch side to the south, namely Sint Maarten, one of the four constituent countries within the Kingdom of the Netherlands. The Dutch side, where lawyers of our firm are licensed to practice law, will hereinafter be referred to as ‘St Maarten’.

St Maarten possesses relatively good quality infrastructure, including the port of Phillipsburg, with the capacity to harbor several mega cruises simultaneously. The Princess Juliana International Airport in St Maarten, popularly known for the dramatic aircraft approaches over the Maho Beach, acts as the hub for all neighboring islands.

As a self-governing country within the Kingdom, St Maarten is in principle responsible of its own internal affairs. The head of state is King Willem Alexander of The Netherlands, who is represented by the Governor of St Maarten, appointed to serve six-year terms. Legislation is enacted by a 15 member Staten together with the Government. Members of the Staten are elected by direct popular vote to serve four-year terms. The Government is formed by a cabinet, which is typically backed by a majority in the Staten.

St Maarten is a civil law country, meaning that its laws are written (codified) into a referable system, which forms the primary source of law. The main source of private law is the Civil Code of St Maarten, which comprehensively deals with matters related to business, contracts and liability.

The Economy in St Maarten is mostly driven by the tourism industry, which directly or indirectly employs about 85% of the workforce. Other economic activities are financial services and trade with the neighboring islands. 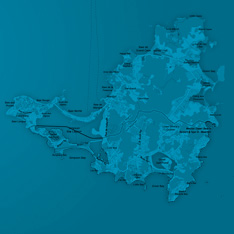